Tabaku: I welcome the EU summit that will be held in Tirana, our concern remains the fiscal amnesty and golden passports 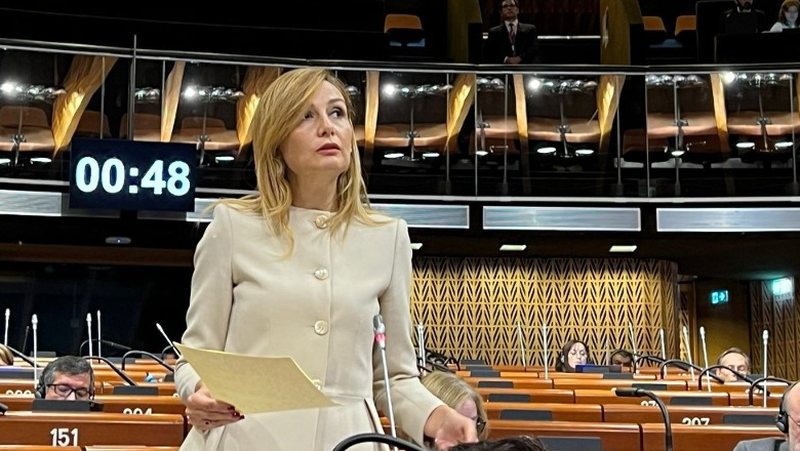 The deputy of DP and the chairman of the Integration Commission, Jorida Tabaku, yesterday welcomed the European Union's commitment to expansion in the Western Balkans, expressing DP's approval of the December 6 summit. During the presentation of Albania's report to the Stabilization and Association Committee in Brussels, Tabaku emphasized that this initiative is very important for the situation in the region and above all for the geopolitical situation in Europe and beyond. Further, Tabak's attention was focused on two concrete questions addressed to the reporter Santos that are closely related to the concern of the DP, such as the topic of Golden Passports and that of Fiscal and Criminal Amnesty. "Albania was included in the gray list for money laundering several years ago. What do you think of the two initiatives, golden passports and fiscal amnesty how they would influence in this aspect if the government would approve them", she declared. Also, Tabaku has added the importance of Kosovo's integration into the EU. Tabaku underlined the strategic importance of the November 30 vote that EU ministers decided on visa liberalization for Kosovo. A decision, according to Tabak, is late and fully deserved since Kosovo had met the criteria and remained an island in the Western Balkans. For the head of the Western Balkans in the European Commission, Michela Matuella, the union has not changed its position against the golden passports, while regarding the fiscal amnesty, the EU continues to negotiate the draft with the Albanian government. "As for the fiscal amnesty, we are in a dialogue continuous with the Albanian government. We have appointed experts in this field to have the best expertise, but the issue is still under discussion. We have a clear stance against golden passports in Albania. In particular, this is important by connecting it to the context of Russian aggression in Ukraine", underlined Tabaku.

"Is there information about McGonigal's entrances and exits?"/ Bledi Çuçi after the Government meeting says whether he has met McGonigal who is under investigation