"Neither Berisha nor Meta should be candidates for prime minister", Duka reveals the behind the scenes and warns of new developments 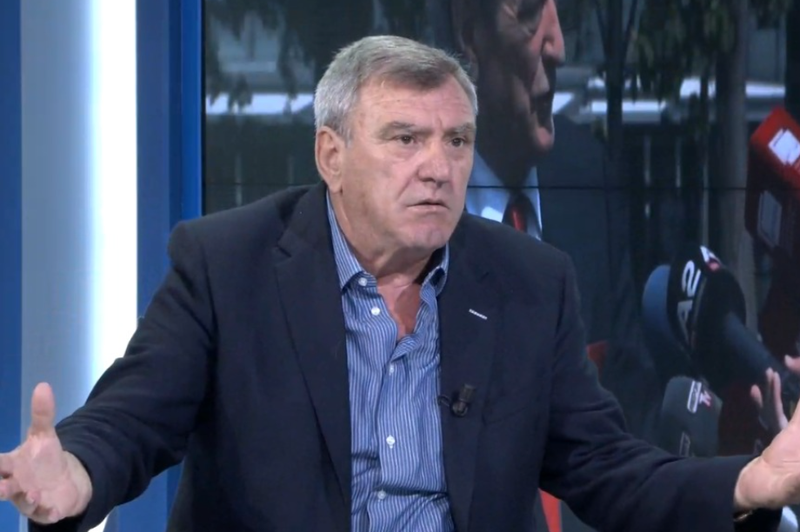 PAA leader Agron Duka spoke today on the July 7 protest, emphasizing that it is not about Sali Berisha, but about the price problem. Duka said that there is nothing wrong with going to the protest, although it is not coordinated with Berisha, but added that there will be a meeting and decision of the EAP on this issue.

"I do not see the protest as a test for the opposition. I see it differently, whether or not to protest. If the prices are objective, there is no need to protest. But I think there are problems with prices in Albania. I was against the boards because they seem to distort the basic line of capitalism which is free competition. I am for people to go to protest. We as PAA have a meeting tomorrow, we will listen to everyone's opinion and decide. But if we see it as a political test there will be a stalemate. There is no need to think that one of Alibeaj's group should or should not be in protest, because he does not do it for Berisha. We should not conceive as if we are going to favor Berisha at the head of the DP. The main purpose of the protest is to make Berisha the chairman of the Democratic Party, or the price problem. Farmers send us price messages every day. If they are satisfied, do not protest! They create a kind of complex in people so that politicians do not get confused. The politician will interfere because he does not protest that it is for that job. This does not mean that the opposition benefits from this work, we should not protest. There are people who say come on look at the village, how beautiful! "To see the real village, you have to see the problems of the people, how they postpone the 15-day period", he said.

Duke said the government will not be overthrown in a protest, but VAT on agricultural inputs and boards could be removed.

"We can not overthrow the government with a protest. The problem is whether we manage to remove VAT on agricultural inputs, remove these boards. Berisha, Duka, today they are, tomorrow they are not. There is nothing wrong with going. There are two discussions, is it worth the protest and is it worth it for Berisha to be at the top of the opposition. Every commitment has its own skepticism. Be afraid that the opposition is factorized, we factorize the problem. I did not combine with Berisha and Paloka. If it were a well-organized political protest, it was not. What the gentleman (Ilir Kalemaj) said is true, the opposition is vulnerable, it is better to separate the two parts. "Rama managed from 2013 until now to do 10 businesses to have an extraordinary separation from the others", he said.

"I am not interested in Berisha's political future, but I am interested in prices. Sali Berisha is a majority within the DP, but fails to lead the opposition to power and defeat Rama, because there is opposition within the type and is not able to get the gray list. He has to make a tactical move, which means he will not be the Prime Minister of Albania, but I will be at the head of the opposition. Meta has its own light and shadows, it has been allied with Rama and Berisha. He has shown that he is extremely capable of electoral campaigns. His physical presence will raise the SMI and the entire opposition. For the next prime minister, Meta should not be appointed, but a man who has the liking of the people, polls should be conducted. There are many figures. "Only in this way can it create a positive image," he said.

The High Inspector of Justice met with the EU ambassador, the conversation became clear, here is the important issue that was discussed

"A snake in our bosom", the well-known democrat reveals the "mission" of Evi Kokalari in the DP: What is hidden behind the attacks on Berisha and the democrats

Teachers' protest/ Meta appeals to the government: Stop the robbery at the incinerator, it would be enough to complete... (Video)

"Albania needs an opposition movement", Lubonja makes a strong call: To escape from this regime, the opposition must...