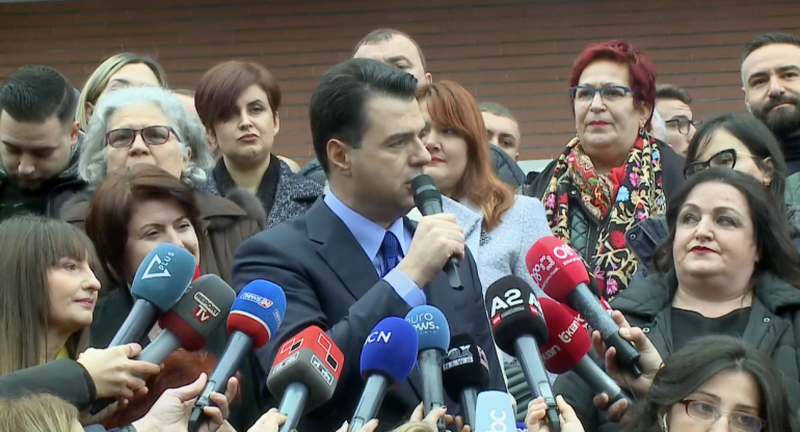 Lulzim Basha brought to attention again the affair of incinerators. From Korça where he held a meeting with the Democrats, Basha said that the Triangle invents and slanders from morning to night to forget the corrupt affair of incinerators and that Albanians do not know where the money they get from their pockets goes.

Basha: 2 key witnesses of the incinerator affair who could lead half the government behind bars have been declared internationally wanted, you know? You do not know. Because the Bermuda Triangle makes theater, invents and slanders from morning to night so that we do not deal with corruption scandals, do not tell the truth to Albanians, do not tell them where the millions they take from their pockets disappear.

Basha assured the Democrats that he would not back down.

Basha: The insults they make to lower our heads, to steal Albanians and then to lie to us let them do it 10 times against me, here I am, they do nothing to me, they make me stronger, more determined, I accept them with the greatest satisfaction.

'Do you need a doctor?' / Tensions in the plenary session, the PD deputy addresses Brace: Definitely, we leave the Assembly and ...