Behind the scenes / What did Lajçaku come to Kosovo for and what did he discuss with the heads of state? 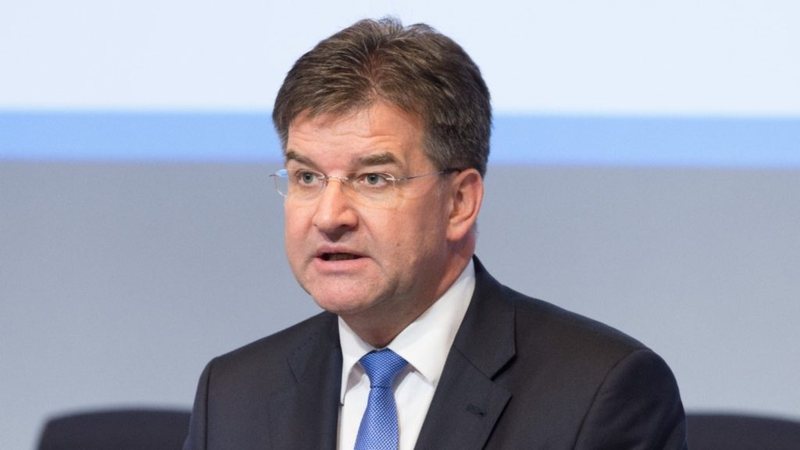 EU Envoy for Dialogue Miroslav Lajcak said on November 25 that there is room for progress in the dialogue between Kosovo and Serbia, while stressing the strategic importance of this process for the entire European Union.

He said that during his visit to Kosovo he discussed a possible meeting between Kosovo Prime Minister Albin Kurti and Serbian President Aleksandar Vucic, which the EU hopes will be held before the end of the year.

After the meeting with Prime Minister Kurti, Lajçak said that it is important not only to schedule the meeting, but also the result he can have.

"It is not a question of a meeting, because the leaders have met twice, but as you know, there have been no positive results. This time, our ambitions are different and it is not only about organizing the meeting, but also to agree on what the result will be ", said Lajçak.

He added that the parties have expressed goodwill for the dialogue process and "we just have to make sure that the meeting will produce results."

Lajçak paid a one-day visit to Pristina, where he also met with the President of Kosovo, Vjosa Osmani.

During the meeting with Osmani, Lajcak said that there is a need for EU activation in increasing the credibility of the enlargement process and confirming the European future for Kosovo and the Western Balkans.

On the other hand, President Osmani stated that Kosovo remains a committed and constructive party in the dialogue with Serbia. According to her, the success of this process is important not only for Kosovo, but also the region.

However, according to Osmani, the epilogue of the dialogue should be the mutual recognition between Kosovo and Serbia, it is said in the announcement of the Kosovo presidency.

Regarding the possibility of reaching an agreement with Serbia, in an interview with Radio Free Europe, days ago the Prime Minister of Kosovo, Albin Kurti stated that it is expected that a final agreement will be reached during his term.

Negotiations for the normalization of relations between Kosovo and Serbia have started since 2011. Since then, a number of agreements have been reached, but most of them have not been implemented in practice.

The dialogue was interrupted several times for various reasons. But recently the agreement on the establishment of the Association of Serb-majority municipalities in Kosovo became an obstacle to dialogue.

The purpose of the dialogue is said to be to reach a comprehensive and legally binding agreement for both parties.