What is happening in Serbia? Bomb alarm on Belgrade bridges 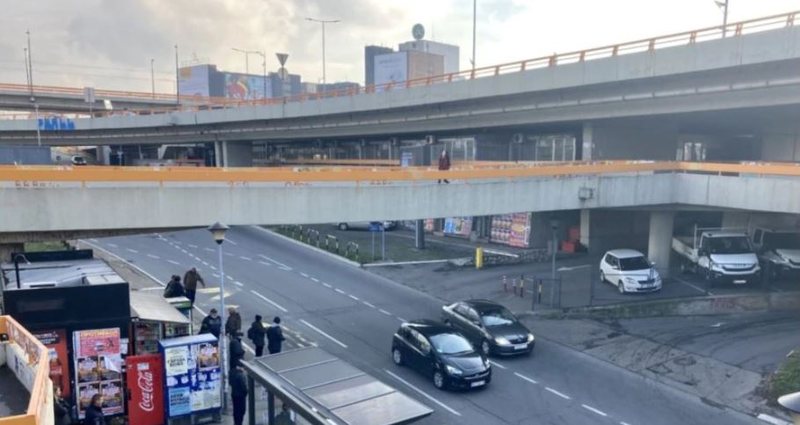 Following the threatening reports of bombs being planted in Belgrade primary schools, new threats arrived on the afternoon of May 16 that bombs had been planted on bridges in Belgrade, as well as in the "Stadium" shopping center, the Ministry of Internal Affairs confirmed to Radio Serbia Television (RTS).

The Serbian Ministry of Internal Affairs said that the Branko Bridge, the Gazelle Bridge, the New Railway Bridge, as well as the Panceva Bridge are among the locations where bomb reports were received.

Reporting on the bomb has reached the shopping center "Stadium" in Belgrade, where at 16:30 the match between KF Vozhdovc and KF Partizan is scheduled, RTS reports

Reports of planted bombs reached 97 primary and secondary schools in Belgrade on the morning of May 16, and after verifications in a large number of schools, the reports were found to be false, the Serbian Ministry of Education announced.

The students have returned to school, while in the schools where the security inspection is still ongoing, the students have been sent home, the ministry said in a statement.

"As of 14:00, the police have inspected 60 primary and 13 secondary schools in Belgrade and it has been found that this is a matter of false concern, while the others are being inspected," said Slavko Gak, secretary of education and child protection, in a statement posted on the Belgrade city website.

As he pointed out, there is no relaxation until the last school is inspected.

"Security is the most important thing in situations like this," Gak said.

According to RTS, parents have received messages not to bring their children to school, teaching has not started and children who have already arrived at school are returning home.

Also, the police of Nis on the morning of May 16 received a report that a bomb had been planted at the airport "Constantine the Great" in that city.

Police confirmed to the Beta agency that a counter-sabotage check is underway and that the reporting is likely to be false.

Serbia's Ministry of Internal Affairs had previously announced that due to the bomb reports, it would seek assistance through international operational police cooperation to obtain information on the perpetrator, organizers and perpetrators of this crime.

So far, the authorities in Serbia have not revealed who is responsible for these false reports.

It is said that the threats for the suspected bombs came from outside, by e-mail, from an encrypted service, which, unlike other servers, does not store data./REL/