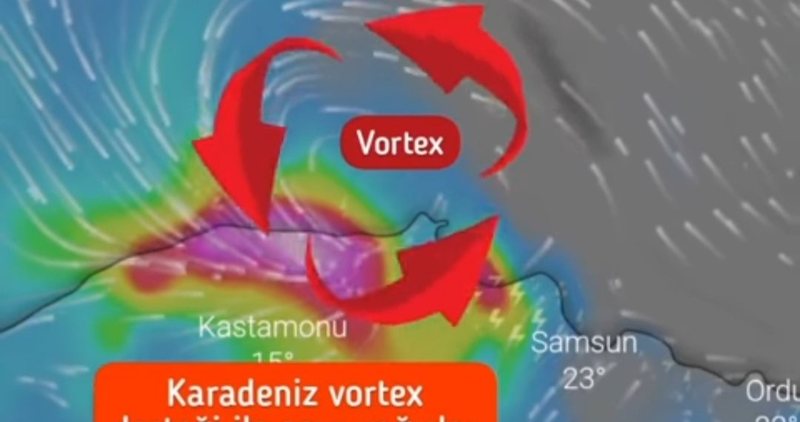 A cyclonic vortex is expected to form tonight or tomorrow in the Black Sea, not far from the coast of Turkey, causing a large increase in rainfall in the north of the country.

Heavy rains are expected on the shores of the Black Sea, in the north of Turkey, where floods are expected, which could be massive in that region. Isolated rain and storms are also expected locally in other parts of Turkey, but the situation is expected to be alarming in the north of the country near the scope of the cyclonic vortex from the Black Sea. Heavy rains are also expected in Georgia and southern Russia.

"God sent me"/ He entered the Court and handed himself over to the guard, the famous singer suffered, this is what they found in the car

The earth does not find peace/ The neighboring country with Albania wakes up from the strong tremors of the earthquake, here was the epicenter and how far

The tragedy in Montenegro with 10 dead, the police clarify the chronology of the event

Aleksandër Vucic does not stop, the threats against Kosovo continue

"Businesses are deceiving the citizens"/ Bad gasoline destroys the minister's car, why is there no intervention in fuel control

Massacre with 10 killed / From 1992 until today, here are the most shocking murders in Montenegro