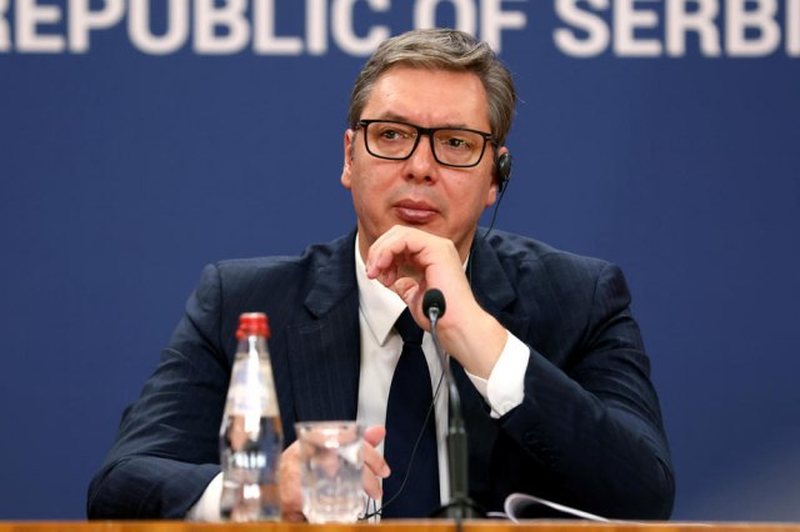 Serbian President Aleksandër Vucic is known for his stance against Kosovo. In his frequent statements, he has repeated that Serbia will never recognize Kosovo's independence as long as he is president.

Recently , Vu?i? also answered the German envoy to the Council of Ministers, Manuel Saraçi, that there will not be an independent Kosovo as planned by Berlin.

We recall that earlier the German diplomat declared that the creation of a "new Republika Srpska" will not be allowed.

"I can tell him that there will not even be an independent Kosovo as you plan", said Vucic in Sofia.

Focusing on the sanctions against Russia, the Serbian president clearly said that Belgrade will not impose sanctions on Russia because, according to him, it is fighting for its policy.

"Our policy will be peacekeeping"/ Vu?i? presents the 10-point plan in the Serbian Parliament, here's what he has decided for Kosovo

Tensions in the Serbian parliament, Nazarko "breaks down" the situation: Today we saw who the real pro-Russians were in Serbia, Vucic is bowing his head to the West

"They tied my hands and put a..."/ Horror in Greece, the father and grandmother sexually abuse and film the 4-year-old

"The Westerners threatened with consequences if...", Vu?i? cracks the strong statement before the Serbian MPs

Vucic in the Serbian Parliament, here is the unusual detail that accompanies the Serbian president

Kurti set 6 conditions for the Association, Vucic reacts quickly: He simply does not want to create it

Vucic speaks in the Assembly of Serbia, reveals the most problematic point in the proposal for Kosovo

Tensions again in Kosovo/ Local Serbs block the road leading to Leposaviq, oppose the authorities' decision to build a new border base, this is what is expected to happen

The verdict against Gucat and Haradinaj, the lawyer: They may be acquitted or given a light sentence

Chaos in Serbia! "We will not give Kosovo", fierce physical fight between deputies in the Assembly of Serbia (VIDEO)

Serbian media warns of iron sanctions from the US for Kosovo if it does not accept the Association: Isolation and new elections in Pristina, here are the two strong American scenarios that await Kurti

What scares the Serbian president? Vucic "speaks with half a voice": I dare not present the entire European plan for Kosovo