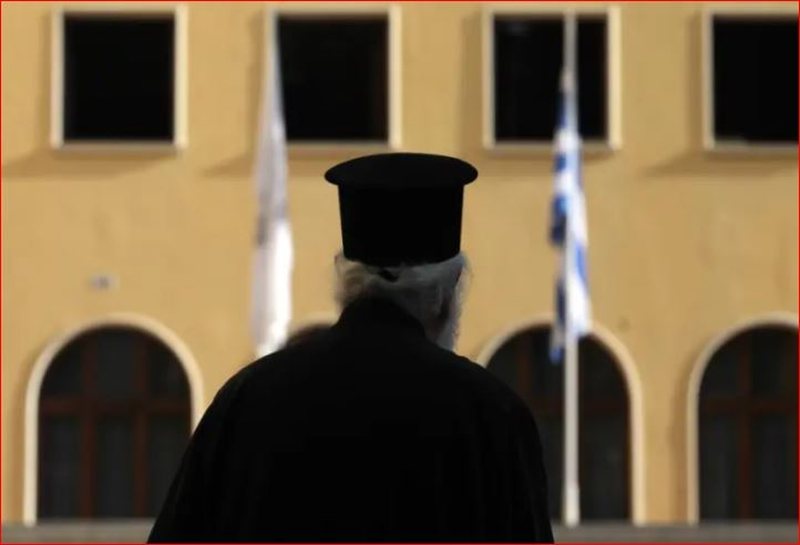 Yesterday in the Minor Offenses Court in Volos , Greece, a priest from South Pelion appeared before the panel of judges, accused by the woman that he had beaten her and that he had been in detention since Friday.

His wife complained that he hit and destroyed the house even though a restrictive measure had been imposed on him not to approach the house within 150 meters distance.

"I am experiencing abuse", wrote the priest's wife from Pelion in an internet group on Facebook, while from the priest's profile it was revealed that his wife was jealous of him. However, she has written on the internet group that her husband is abusing her because of an extramarital affair.

But, the woman has withdrawn to court and admitted to having criminal mediation to resolve their family disputes and at the same time lift the bans that had been placed on the priest.

Last Saturday, the woman asked the three-member Autophoric Criminal Court not to prosecute her priest husband, despite episodes of verbal violence, tensions, raising her voice and handcuffs in the past.

The deputy speaker of the Assembly of this country is criminally charged, the charges against him are clarified

Temperatures above 40 degrees, this is what will happen on Thursday and Friday

Terrible/ A one-meter long snake gets trapped under the car, the driver makes an instant decision and alerts the rescue team members. It ends in service...