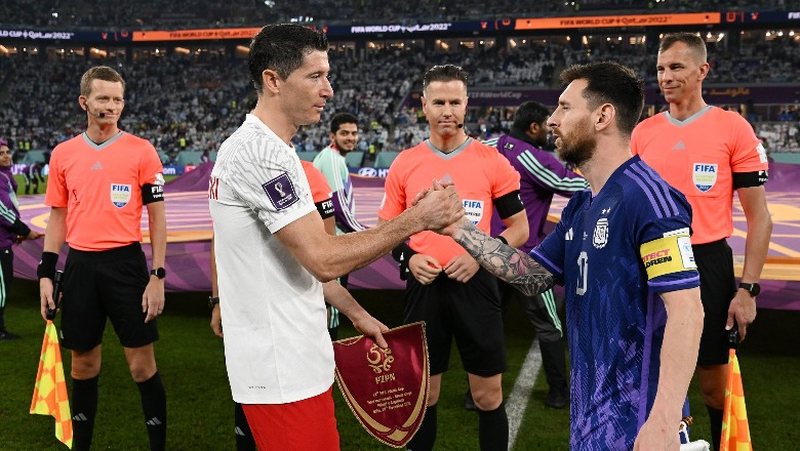 Argentina has qualified for the next stage of the World Cup, after the 2-0 victory against Poland. At the end of the first half, the most incredible thing happened. Lionel Messi would miss from the penalty spot, thus wasting a once-in-a-lifetime opportunity.

"Pleshti" mistake would be fixed by MC Allister, as soon as the second half started. A model action by Scaloni's team ended in a goal, sending the fans into celebration.

The safety goal would come from Alvarez, in the 68th minute. A net this, which gave the team the right composure for the remainder of the match.

With 100 kg of cocaine in his suitcase, the famous football player is arrested. The details are highlighted

Touching interview published! The disease that defeated the football legend today: I'm afraid to die, I hope my story helps others

The world football legend passed away prematurely/ Get to know the profile of one of the strongest Italian strikers in history, from the title with Sampdoria to the Champions Cup with Juventus

'Enraged' Messi in the quarter-finals of the World Cup, the Spanish referee shocks with his drastic decision

It happens for the first time! Parting from Pele's life, NASA honors the legendary footballer in the most special and unusual way. Images go viral

A big loss! "The day we never wanted to come"/ The head of FIFA touching message on the death of the football legend

"Only a few months ago it appeared..."/ 9 years since the tragic accident in the Alps, here is the information given about the health of Michael Schumacher

What was not known? The mysteries of the legend Pele are revealed: the secrets of his career and the closet closed for 48 years

He is shot with a knife in the night bar, the famous football player dies, his girlfriend has a touching message: Please come home, I love you forever!