It is enough just to smell its aroma, this plant helps to strengthen the memory 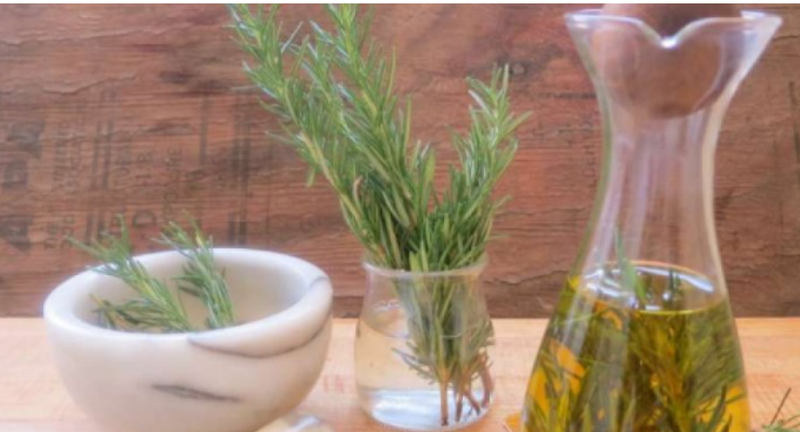 We can all have problems with our memory, but the solution for a very good memory has already been found.

Students who are in exam season can strengthen their memory by smelling the scent of rosemary. This plant with fine needle-like leaves and a pleasant smell, which are used in cooking or to extract a kind of oil from them, is considered a spice that strengthens the memory.

In Ancient Greece, students put sprigs of rosemary when they had tests to perform better.

40 children aged 10-11 completed a series of memory tests. The children were divided into two groups (randomly), and entered into two different classrooms, where rosemary oil was distributed to one of them.

Children were tested individually. After the presentation, the researcher says to the child: You are here to play some memory games. Please don't be nervous and try your best to remember what I'm going to ask you."

Children who were in the rosemary-scented classroom achieved better results than their peers.

The first sign of this cancer can appear in the urine, be careful

Why can't you stand eating noises? Here is the disease that causes anger

Can you gain weight from lack of sleep? Find out what the experts say

Has it happened to you before? You want to cry and you can't, here's why

Consume as much as possible! Why are blueberries considered a superfood?

Do not ignore it, this is the sign that warns you that you have diabetes

The food that makes babies happiest and not at all happy when they are still in the womb!

If you notice this symptom, go to the doctor immediately, about 70% of people have felt it

You must have them all in the apartment! There is a plant that brings wealth to the house, experts show where you should put it to make it work

Great news is coming! New therapy for the treatment of tumors, 'kills' cancer, comes great hope for patients. Here's what the scientists say

Beware it can be fatal! This morning mistake raises your blood sugar

We are fixed at the right time! From weight loss to lowering blood pressure, the incredible benefits you get from consuming dates