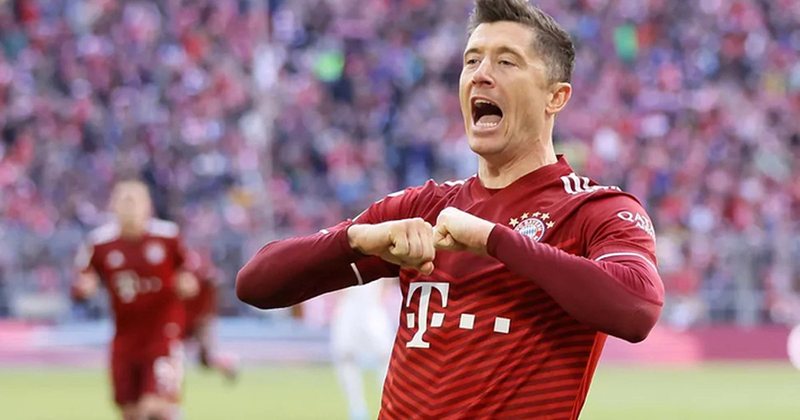 Robert Lewandowski's departure from Bayern to Barcelona is taking shape over time. The German club is lowering its position. It began by publicly denying any possibility of transfer through its directors and executives. However, the discourse has lost its intensity. The two entities are already negotiating and Bayern have begun to accept that the Pole will leave.

The proof is that the Germans did not include Lewandowski in one of their Konami brand promotional videos. A clear proof that the player will not continue in Munich next season. The striker's statements are clear, saying that his time at Bayern was over. Given the possibility of a departure, Bayern have thought not to include the player in this video.

Barcelona for its part is preparing a new offer for the player, which would approach those 50 million that the German club is looking for a transfer. Bayern has remained inflexible for this amount and the Catalans are looking for an offer between variables that fits the claims of the selling club. Lewandowski, meanwhile, is still on holiday awaiting the 12th when he would theoretically have to return to training.

Sad! The well-known Albanian sportsman lost his life in the tragic accident, who is the young man who was a goalkeeper in... (PHOTO)

The match between the two London teams ended 2-2, but the spectacle was given by the staff and the fans, as well as the fight between the sides

Eglantina Kalemi: Enkileda Carje's success in the European Championship, proof that you can reach the top with hard work and sweat

The summer market, here are the clubs that will claim the title and Europe

Video/ There was a fight in the Chelsea-Tottenham challenge, what happened between the coaches?

The most outstanding footballers of 2021-2022, Benzema candidate for "The best player of the season"

September is decisive for the Reds and Blacks in the League of Nations, but also for the positions of coach Edi Reja

The scandal breaks / The network that rigged matches in the European country is discovered, it is suspected that...

Ibrahimovic turns into an actor, threatens a driver on the road in the form of a bandit

Edi Reja "scans" the Reds and Blacks: I see Bajram at Fiorentina, while Asllani needs to improve

Vlaznia e Josa with title claims, and purchases are made for this objective