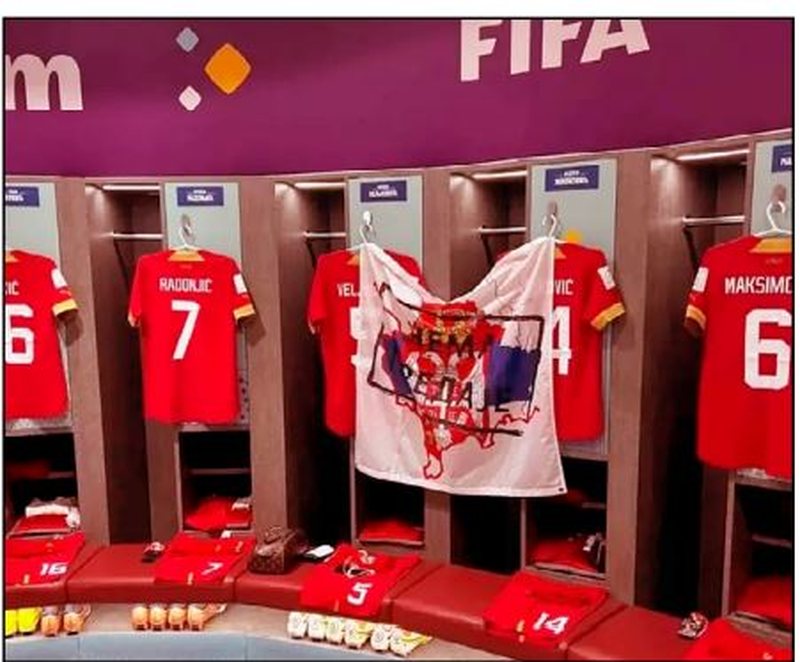 The anti-Albanian gestures and the presentation of the map of Kosovo with the colors of Serbia, in the World Cup in Qatar, has caused a great commotion but at the same time a scandal, so much so that the Serbian gesture has been attacked by the FIFA institutions themselves, and now recently the world football government has been put under pressure to increase the dose of pressure against the Serbian federation so that no more political actions are repeated. This has pushed Kosovo, its institutions, to complain to FIFA. In fact, before the duel with Brazil, which they lost 2:0, a flag was placed in the dressing rooms of Serbia, where you could see the map of Kosovo with the colors of the Serbian flag and the inscription "No surrender". "Such acts of chauvinism have no place in a sporting event, much less inside the facilities where the biggest event of world football takes place. therefore FFK, as an equal member with all other members of FIFA, asks this institution to take sanctioning measures against actions that incite hatred between peoples and are against human values", it is stated, among other things, in the announcement of FFK . According to FFK, football, as the most popular sport in the world, conveys values ??of unity and not division, while adding that Serbia's aggressive act does not coincide with such values ??and should be punished. "Kosovo is an independent and democratic state, with maximum respect for human rights and accepted by the world's most powerful states, and as such it will continue its journey, regardless of provocations like this last one. However, it is unacceptable for this act to pass in silence,

The Olympic Committee of Kosovo complains about the behavior of Serbia