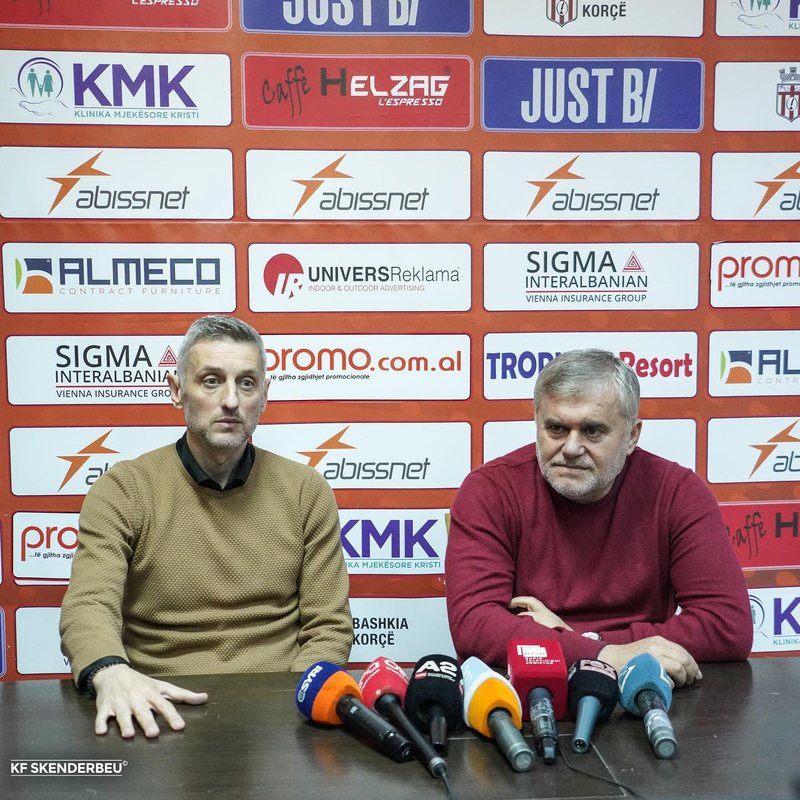 Skenderbeu has made changes to the bench. After the departure of coach Migen Memelli, the Korçar club has brought an old acquaintance. It is about defender Ivan Gvozdenovic, who not only has experience as a player in Albania, but has also been in technical staff positions in Tirana and Kukës, so he knows the mentality and at the same time the organization of Albanian football. For this reason, the kick of Skenderbeu on the bench, approaching Gvozdenovic, is a signal that the club wants to return with new ambitions, firstly with the objective of returning to the super league.

Serbian Ivan Gvozdenovic has taken over the leadership of the Skanderbeg team! The news in question was made public by the Korçar club itself in a post on social networks. Skenderbeu emphasizes that Gvozdenovic returns to Korça, but now in the role of coach. “Ivan Gvozdenovic, officially red and white. Today, President Ardjan Takaj presented the new red and white technician. First, the Red and White President thanked the former coach Migen Memelli for the work developed in the club and then continued with the presentation of the new coach. In his speech, coach Ivan Gvozdenovic expressed his happiness to return to Korça, now in the role of coach. 'I am happy to be here, Korça is cold, but I felt warm as soon as I stepped into the stadium. Skenderbeu is a big club and it is up to us to bring the club back to its previous levels. I know the group, we have qualities, but we have to work with the psychological side and mentality of the players. We are Skënderbeu, as in the matches at home but also away we will only go for victory', said the red and white coach. Welcome Ivan!", it is written in Skenderbeu's post. It seems clear that the return of Gvozdenovic has aroused interest and this optimism must bear the necessary fruits, otherwise the season could go to failure.

The objective of the club

Skenderbeu fell a season ago from Superior and is now in the First Category, but without many claims, since the start of the season has been weak and the Korça team is far from the contenders that are Flagurtari and Dinamo, or Korabi and Besa e Kavaja. But Skënderbeu has a good name, a presidency that has not abandoned him, as well as an organized club with a real strategy in the market. Skenderbeu aims to return to the elite, but this edition seems difficult. However, the club has not given up on its major objectives and will try until the end to realize this, but it requires effort as well as a very strong market in January, to improve the indicators. The arrival of Gvozdenovic was made with the intention of changing the situation, which under coach Memelli had good management, but not with maximum results. So the staff made changes to remove the crisis of play and results and give the group a new lease of life. The Serbian technician knows the environment because he has played with the Korcars, so it is a move that arouses interest. Undoubtedly, the Serbian technician is a professional and will apply his methods to liven up the team's game.