"I was looking in the corridors of the hospital, they showed me the dead body of the boy...", family members mourn the relatives who died in the tragedy at the stadium 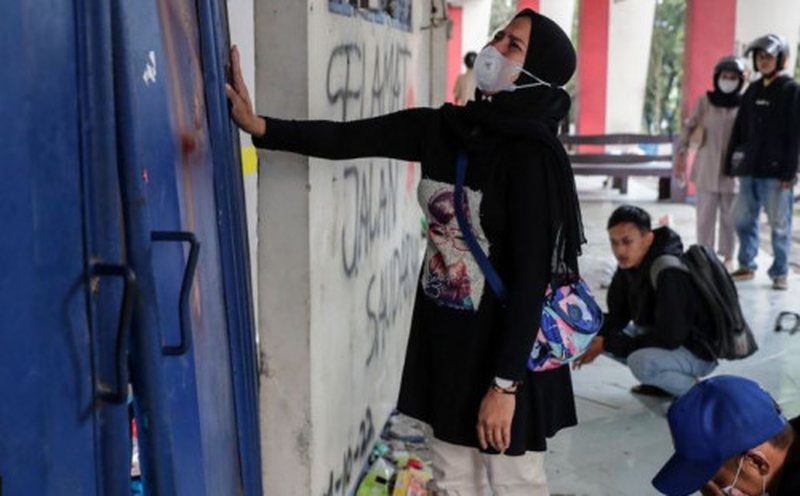 Mohammad Hafis was not supposed to be inside the Kanjuruhan Stadium on Saturday night as he did not have a ticket. But the 19-year-old and his girlfriend managed to get inside.

Their bodies were identified by their parents hours later as they wandered the corridors of an overcrowded hospital after the stadium tragedy in Malang, Indonesia.

At least 125 people, many of them teenagers like Mohammad, died during the riot at the stadium, sparked by police firing tear gas at fans.

Officers fired tear gas as fans of the losing team, Arema FC, entered the pitch after the final whistle.

Fans fled towards the stadium exits where many died, were trampled or drowned.

Muhammad's father, Alif, recalled the moment as he walked the corridors of the hospital hours later, wondering if his only son was alive. He told his wife to be strong.