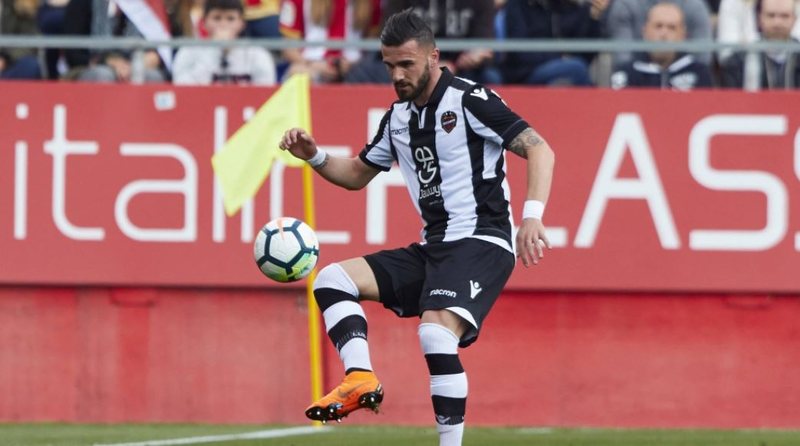 In Spain, the number of Albanian players has increased in recent years, and now they are an important group. Before, it was also Manaj, but he moved first to Italy and then to England. Meanwhile, players like Sadiku, Balliu, Uzuni, Bare or the Kosovar Muriqi play in the two main leagues of Spanish football, even leaving their mark as quality and important players in the respective teams. In the second Spanish La Liga, Myrto Uzuni is not the only Albanian protagonist, as Armano Sadiku is not stopping with the Cartagena team. The 31-year-old striker found the net for the third time in a row in the championship. Sadiku open the series of victory in the transfer against Real Oviedo. In the 10th minute, the 31-year-old used a pass from the right wing, stole time from the local defense and sent the ball into the net with an immediate shot. This was the fourth goal of the season for Sadik, while Cartagena scored two more goals. Armando Sadik's team achieved the second consecutive victory in the transfer and share the second place together with Las Palmas with 16 points, just two points away from the leaders of Alaves. In the second Spanish league, a race for the top scorer of the championship is taking place between Myrto Uzuni who leads with six goals in eight weeks, together with the Spaniard Raul and right after them comes Armando Sadiku with four goals in as many weeks. The fantastic form that the 31-year-old is going through may arouse the interest of technician Reja to return him to the Albanian national team, why not in the next friendlies, where Albania will first play with Saudi Arabia in October and in November with Italy. The last challenge that Sadiku played with the Albanian national team,

Already at the age of 31, Sadiku has found himself again in the Segunda Division of Spain, where he scored 4 goals with the shirt of Cartagena, while in the red and black show he also talked about the long-distance duel with Myrto Uzun, who is also doing well in the same league , but with the Granada jersey. "It's true. In the first weeks, when Uzuni started scoring goals, the players of my team didn't know him and asked me who he is, who is playing so well and doing so well. Now Myrto is showing himself, as he plays in a team with a very big budget, with quality players and he is showing himself, scoring 6 goals so far. I am proud of the duel with him, as we are two Albanians and we are also raising the name of our country", he said. Then Sadiku talked about the possibility of an invitation from coach Reja, letting it be understood that he wanted him in the next friendlies. "I am looking forward to it with great excitement and as if it were the first invitation I ever received in the national team. I want to return to play with the national team, especially now that I am playing and scoring, as I am in very good shape. "Knowing myself, I know that I can still give a lot to the National Team, but also in my career," Sadiku emphasized.